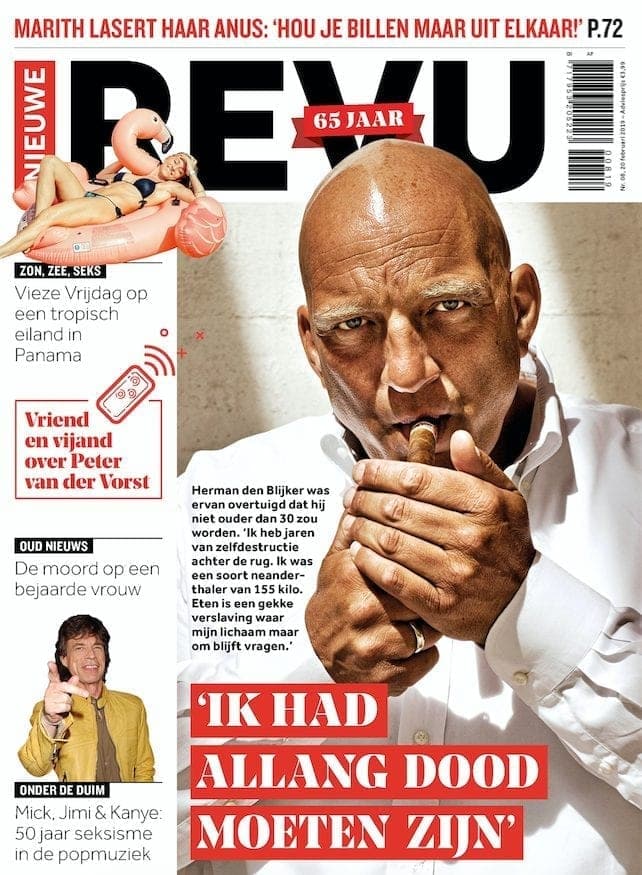 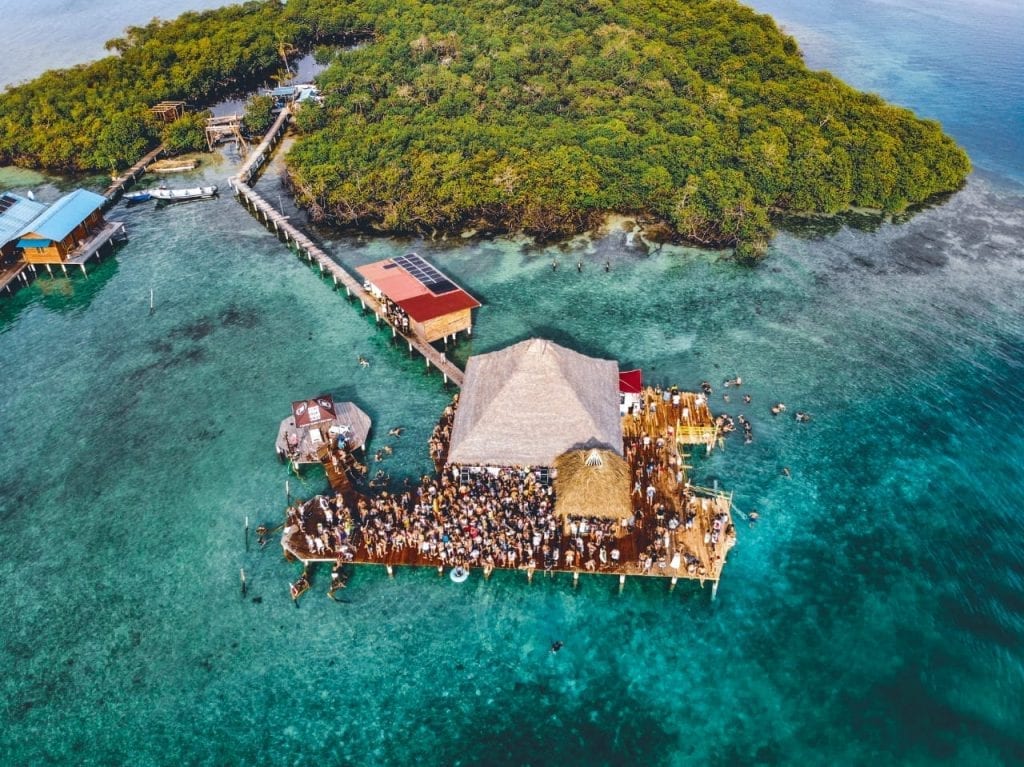 “Good morning … Sooo, do you have an Ibuprofen for me? I’m going to destroy this hangover from yesterday.” It’s hot and humid in our room, and my dorm-mate points to the temporary tattoo on her stomach, ‘Filthy Friday‘ it says. And it was filthy yesterday. A party in the Panamanian paradise with latinos and latinas is intense, hot … and Dutch people love it. “It’s going to be chaos, I think.” 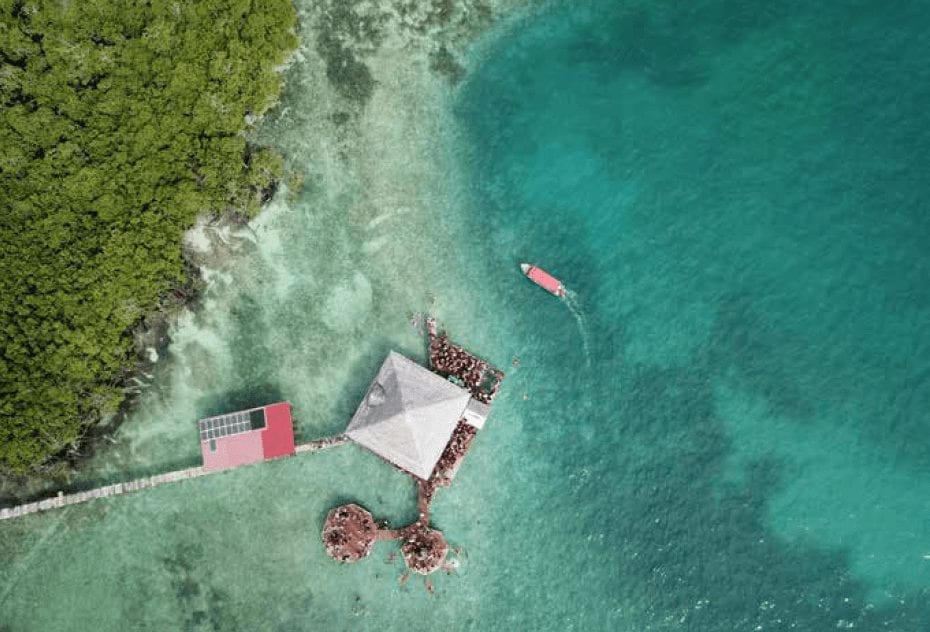 There is a line at the ticket sale in front of Selina hostel on Isla Colón, part of the Bocas del Toro province in Panama. The Latin American archipelago is a popular beach, surf and now party destination. “You’re going to Filthy Friday? I heard that it’s almost like a softporno music video clip”, is what I would hear people say in just about all Panamanian destinations I visited before going to Bocas. Sophie (26) from Nijmegen (a Dutch city) is backpacking with two girlfriends through Panama and has high expectations today. “This party is a must, according to what I read in blogs. It’s going to be chaos, I think.” It’s just before 11:00 am and already 27 degrees Celsius. Scantily clad, tanned latina’s and curious backpackers, after having picked up their tickets together with a backpack and a T-shirt, receive instructions about the day program of the weekly island festival. It lasts from 11.30 am to 22.00 pm and is held on three different islands in Bocas. A ticket costs 35 dollars. 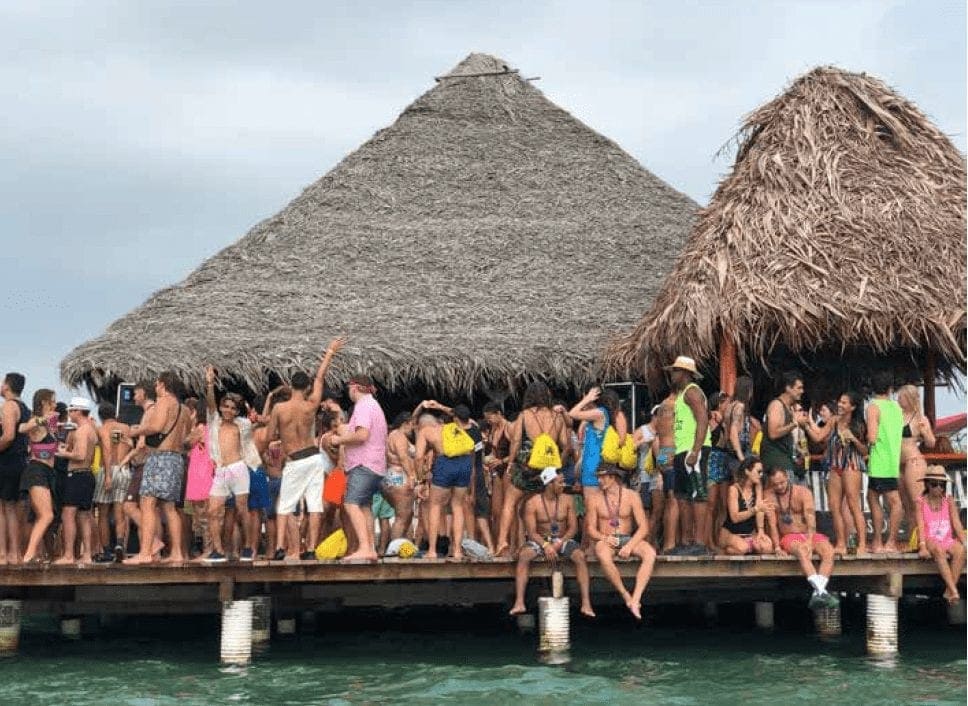 Lessons on Weekends (Shots on Friday)

Sophie van Spaendonck (30) who worked for Filthy Friday until recently. “I gave language lessons on weekdays and then handed out shots on Friday, standing behind the bar, working at the door and briefing party people,” says the Dutch from Tilburg (a Dutch city). “The party is also a good way to see the islands. It’s such a great time!” Sophie has been in Latin America for twelve years and fell in love with Bocas, where she has been living for the biggest part of the year over the past four years. “When the Dutch came to the party, I was of course summoned.” One of the things she told them was: “There are pictures taken, but we can delete them if you want …”

A Dutch backpacker that I met a week earlier, found that the beginning of Filthy Friday started out super fun and enjoyable, but later in the evening the men were, according to her, a bit intrusive. Former co-worker Sophie recognizes this. “It is typical for Latin American men to approach you. Mostly they remain respectful, but I always clearly indicate my boundaries. And even so, if anyone ever bothered you, simply inform the operating team of the organization. They immediately take action.” The organization includes the Panamanian Ricky Martinez (34) and Roberto Acevedo (35). Two years ago, together with two friends, they came up with the Filthy Friday concept. “At that moment there was a real crisis in Bocas’ nightlife scene,” Ricky tells me. “The local entrepreneurs did not communicate with each other, did not cooperate and because of this it was just really boring. There were far fewer tourists than the years before. I worked as a bartender myself and witnessed it happen.” Roberto, who is behind the turntable of the Filthy Friday party, has been living in Bocas for fifteen years and has organized many parties. He heard about Sunday Funday in Nicaragua; a pool crawl, where you party in one day at four different pools. “That’s what we should have! And because we are here in the Caribbean, we soon landed on the idea of an island crawl. We have the sea.” The party, where mostly latin music is played, grew from 150 to now around 350 visitors from all over the world every weekend. The Dutch are in the top five countries in terms of attendance. 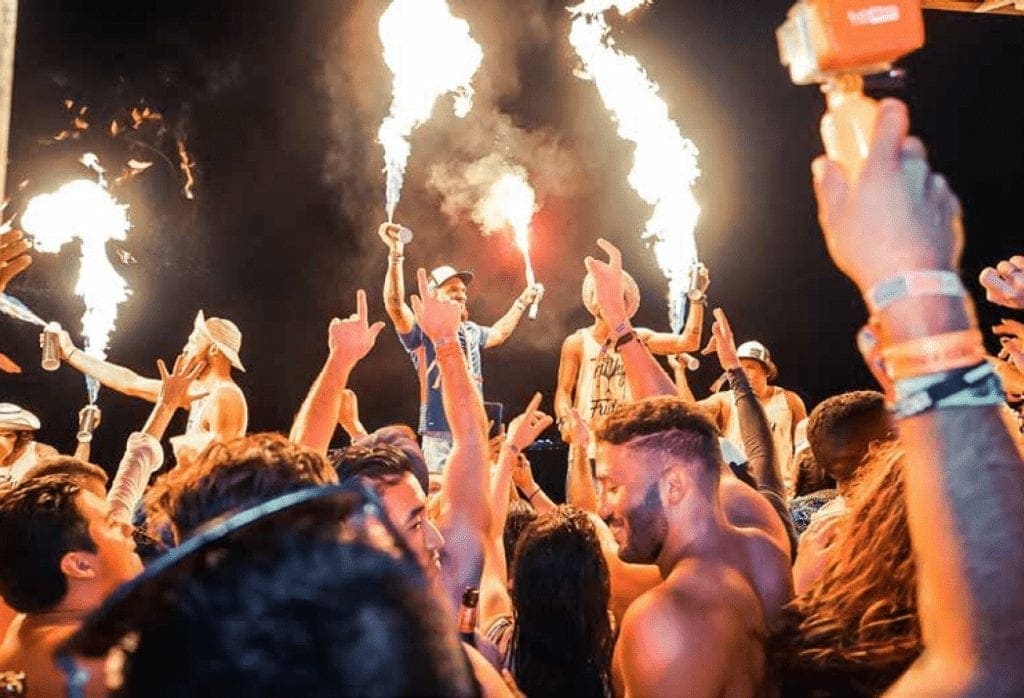 And so, many Dutch people travel to where the latin music style originates. Central America and South America are hot. ‘Caliente’, in Spanish. Sophie van Spaendonck on Bocas: “It is so wonderful when I bike home. There is always music everywhere, everyone is chill and making a date to meet up with friends is not necessary, you meet your friends on the street or you just go to the beach. I can really enjoy the language, the slang. As a Dutch I also learn to relax and let go of stress. There is a lot of spirituality here, but you can also party a lot.”

We are in bar “Brothers” and are knocking back shots, beers and rum. Johannes (26) is from Amsterdam, newly single and quite satisfied about the women present. “They are fantastic. I meet many new, nice people anyways. It would help though if my Spanish was a little better.” Venezuelan party guy Jomar (25) knows a word for him: “Fuego, fire. There is much more fire here in music, but also between people. I go for men and love tanned skin.” Meanwhile Alexandra (22) from Sweden is sticking the Filthy Friday logo on her ass. She really wants to have the photo that I make of it. “I’m not going to put it on Instagram. I’m a teacher… “

After two hours turning up the party mood, we are divided into smaller groups on boats and brought to the Blue Coconut, a bar on the water with blocks to dance on and a basketball net for the sports enthusiasts. The Instagrammers shoot their photos and then the real fuego begins; both on the wooden platform and in the clear blue water people are intimately dancing with each other. “I’ve never seen this before,” says the German Tobi (31) while he gazes around with a big grin upon his face during the entire party. Sophie from Nijmegen: “It feels like a party with locals and a few tourists.” Not long after our very own Bizzey sounds through the speakers with the hit ‘Traag’ (Slow). Sophie: “That’s so nice to see, you immediately spot the Dutch in the crowd. Because it seems as if they are the only ones that realize there is hardly any Spanish in those songs.” The Panamanian Eddie (27) and his friends dance wildly. “Si … Now that you mention it: I do not understand most of what they say, but I like it anyway!” Other Dutch songs like Bizzeys’ Culo, Draai Het Om (Turn it Over) from Boef and 18 Plus from Afro Bros are also played. 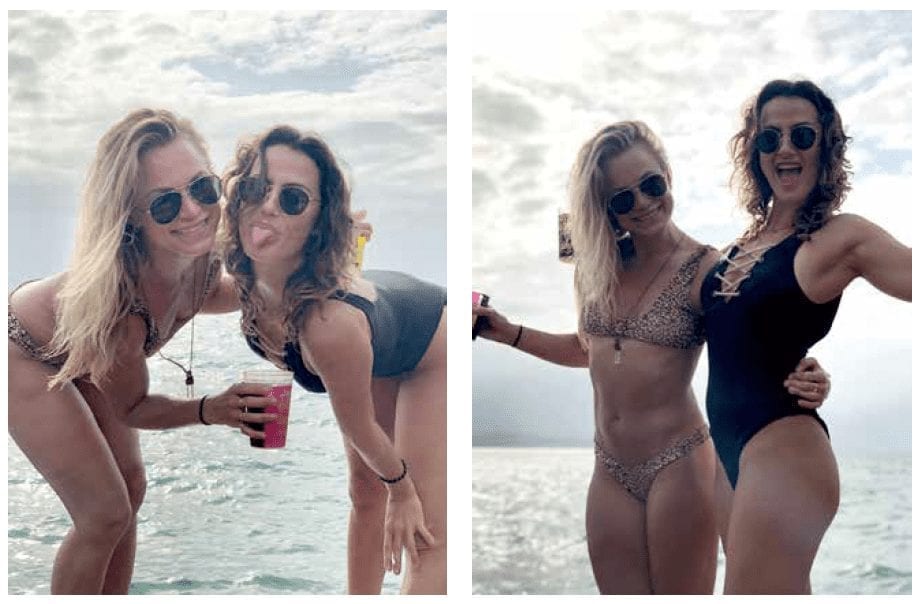 Two latinos steal the show. One is short, has braces and likes to show off his white transparent swimming trunks. The other one defiantly pulls his thong above his pants when a boat with older day-trippers sails by. “Going to a party with these guys is fantastic,” says Lukas (24) from Austria. He met these new friends last week in Panama City. “They know how to use their hips. But they don’t speak English very well.” Lukas works for a travel agency in his homeland and has been to Central America many times. “Too few Europeans know how fantastic Panama is. It has everything you expect from a Latin American country.” Most of the party animals are pretty plastered at this point and interchange between grinding and french kissing. Two girls are enjoying the heaps of attention they receive. Almost no one is standing with an empty Filthy Friday cup, which is a reusable plastic cup printed with words indicating what state you are in, such as: horny, slutty, tipsy or filthy. Johannes from Amsterdam: “The main goal of this party is to get really drunk, and that’s perfect if you just want to escape the normal, boring life for a bit.” Former-employee Sophie has to confess that she had to meditate every Friday morning to to be able to cope with it. “It can be pretty intense, all those people and the alcohol.”

The organization emphasizes that they do want it to be a safe party. Ricky Martinez: “A party on the water brings certain risks. That’s why we have two lifeguards stand ready on location. And to buy tickets, visitors must enter all their details. This way we know exactly who is present. If necessary, we personally bring them to the hospital.” To the question whether other residents of the island are happy with the so-called drunken-reputation that Bocas seems to receive, the Panamanian replies: “We cause the island more good than harm. Young people come to the island for us and then stick around for a few days to do tours with other organizations. We also encourage that. And every Friday there are fifteen local taxi boats working all day long to bring the party crowd from island to island.” His colleague Roberto Acevedo hopes to be a source of inspiration for the younger generation of Bocas, who has little to no education at their disposal. “I started here as a street vendor fifteen years ago and see what a successful party I have created together with my Panamanian friends. I am proof that hard work creates opportunities.” They themselves are also inspired by the capital of the Netherlands, Amsterdam. Ricky lived there for seven months and saw how the Amsterdam festivals deal with waste in an environmentally conscious way. “We do not use disposable plastic on purpose. Visitors pay for the cups and they can take them home after the party as a souvenir.” Filthy Friday attracts tourists, and when thinking of Latin America you also think of drugs. “Drugs are present on the island. And quite a lot of it. But it is forbidden, even at our party. Whoever we spot dealing, is kicked out immediately. We want everyone to have fun, and people who do not use hard drugs often find it uncomfortable when others do use them in their proximity.”

“Get on board! We’re going to the last destination,” is announced. At Aqua Lounge it is slowly becoming dim. Besides a dance floor and beer pong tables, there is also a diving board where macho’s with somersaults try to make an impression on the crowd. Around 10 pm everyone is picked up with water taxis and dropped off at the main island Colon, where for some the softporno music video doesn’t end just yet… The Dutch partygoer Sophie: “The music was great and my girlfriends mainly went for the latinos. Dutch boys can try to move like them, but it’s simply not the same.”